Virginia's General Assembly, the earliest English-speaking legislative body in the Western Hemisphere, met in the choir of the church at Jamestown. This building was the only one large enough to hold the Council, the Governor and the Burgesses selected to represent the citizens of the burgeoning colony. 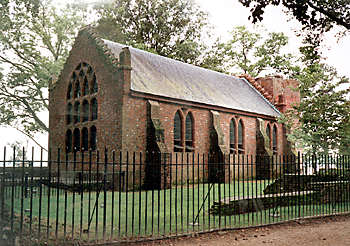 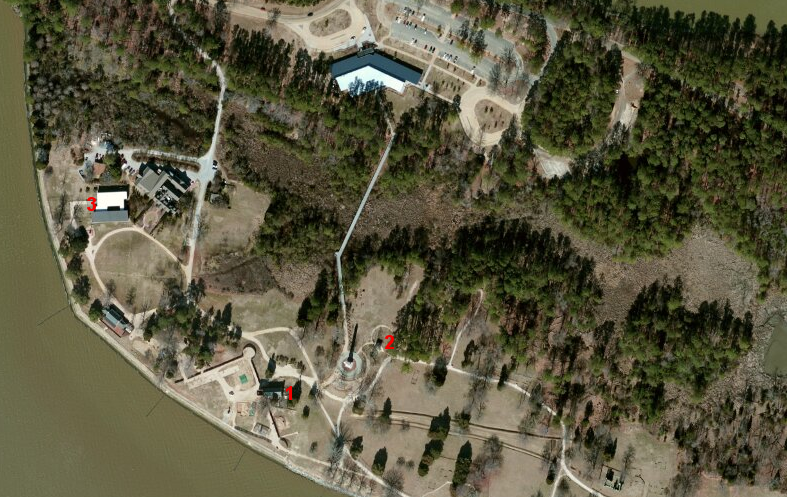 The Council and the Burgesses convened in the home of the colonial Governor, Sir John Harvey, at his expense. In 1641, Governor Harvey, having completed his second term of office, was forced to sell his property to pacify creditors. So the General Assembly purchased for 15,700 pounds of tobacco the same house in which it had been meeting, and gave it to the new governor, Sir William Berkeley. The career of this first Jamestown statehouse ended in 1656 possibly due to an advanced state of disrepair or damage resulting from one of the many fires that occurred during that time..

The second state house lasted only four years and its exact location has still not yet been identified. It was destroyed in 1660.

During this time frame the legislature met in one of the Jamestown taverns.

The third capitol was located about a half mile away from the first state house. Jamestown, including this building, was burned in on September 19, 1676 during Bacon's Rebellion. 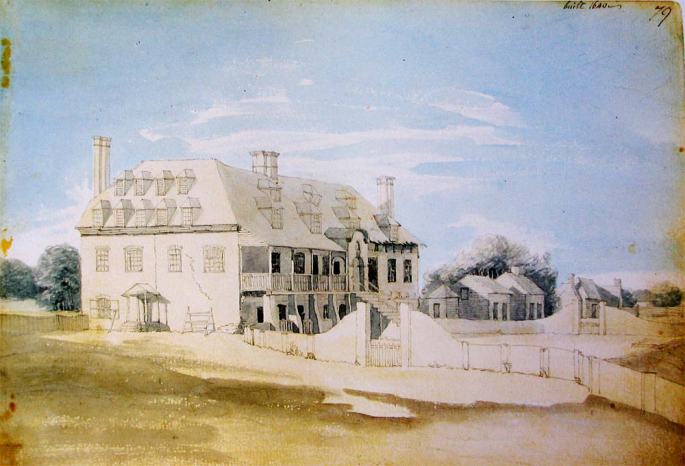 The first assembly after the fire was held at "Green Spring", the governor's residence outside of town that was not involved in the fire. As begane to go up once more in Jamestown, the legislators gathered again in taverns and private homes within the town.

The fourth capitol was built on the ruins of the third, and continued for the next 14 years. Then, in 1699, the last Jamestown statehouse was set ablaze by an arsonist. The fire that destroyed this state house ended Jamestown's time as the colony's capital. 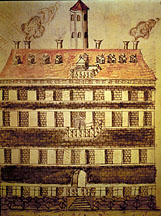 In 1699 the town of Williamsburg was established at Middle Plantation and was designated as the capital of the colony. Since there were as yet no public buildings there, the General Assembly met temporarily in the forerunner of Wren Building at the College of William and Mary. Their first meeting in this location was on May 1, 1699.

This brick capitol was constructed in the form of an H, each wing of which was two stories high. The structure contained large, well - appointed chambers, and became an important part of the colony's social life when Williamsburg was overrun with visitors during the General Assembly sessions. The walls of the capitol which resounded by days to the blasts of the orator, echoed by night to the shrill fiddles and the sound of dancing feet. All these things ended in 1747 as one more capitol was destroyed by fire. 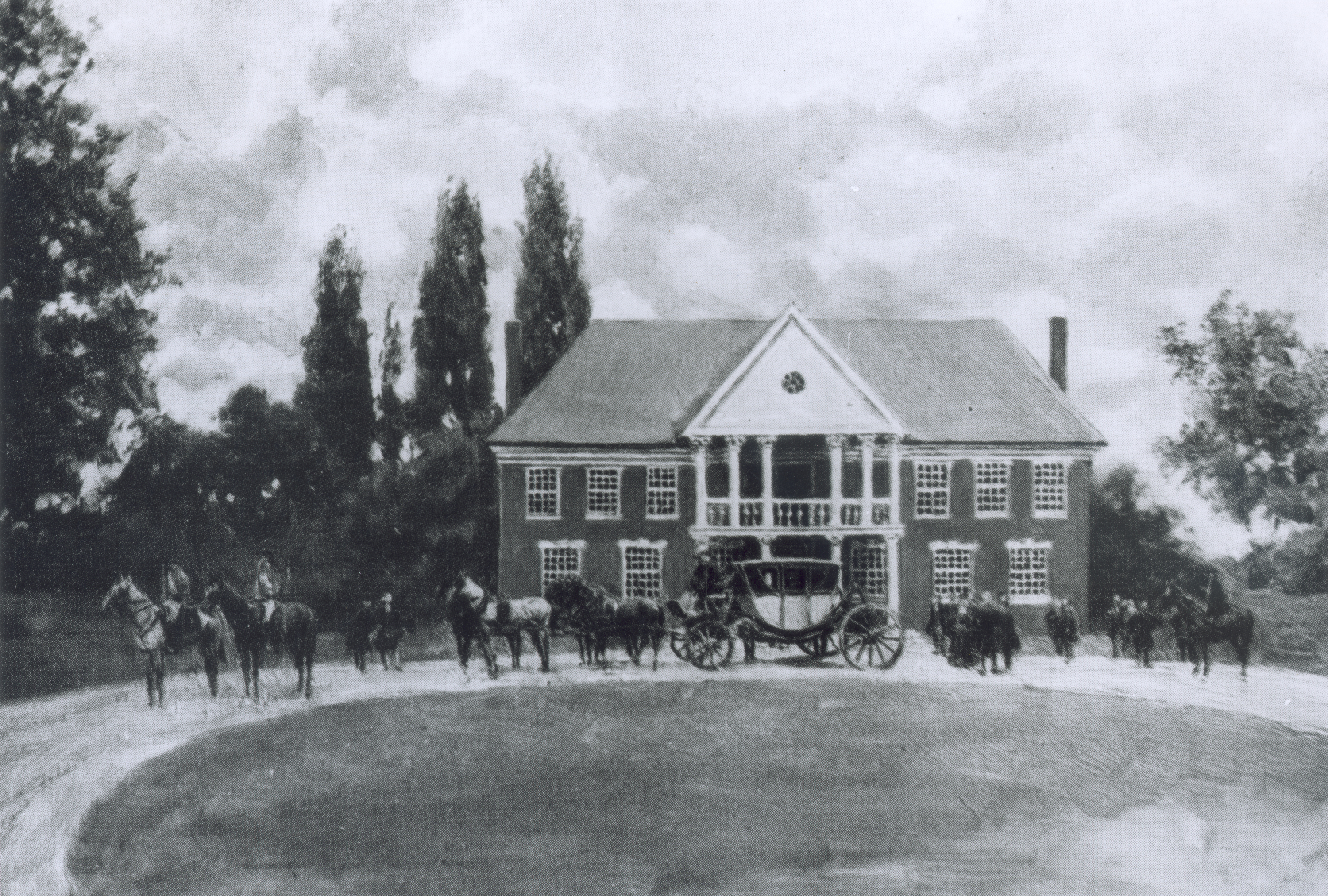 Although the sixth statehouse was built on the same site and, in general, according to the same H-shaped plan as the fifth, it seems to have been much less elaborate. Here, on June 29, 1776, Virginians declared their independence from Great Britain and wrote the state's constitution, thereby creating an independent government four days before Congress passed the Declaration of Independence in Philadelphia. After the state government moved to Richmond in April, 1780, this building was used by George Wythe, professor of law at William and Mary, for the moot courts and mock legislatures which he initiated to train the leaders of the next generation. The building was destroyed by fire in 1812.

With the establishment of Richmond as the new capital, six square "on and open and airy part" of Richmond were to be appropriated for public buildings. Until completion of permanent facilities, the General Assembly met in the clumsily constructed William Cunningham Building at the corner of Pearl (now 14th) and Cary Streets, with only one interruption. In the spring of 1781 the threat of military invasion and the prospect of an unpleasant mass captivity led the legislators to abandon the capital and to adjourn to the safer atmosphere of Charlottesville. They soon found that even the Piedmont was not safe enough when the British cavalry came galloping into Albemarle. The lawmakers escaped, and on June 7 met in the Episcopal Church in Staunton for a two-week session - keeping themselves ready to flee farther west if the enemy continued pursuit. The Assembly moved back to Richmond in October 1781 to the Cunningham building. The British had not troubled to burn such an unimposing structure during their occupation of Richmond. The building was demolished sometime before 1851 and is marked by a small bronze plaque on the site now surrounded by modern commerce. 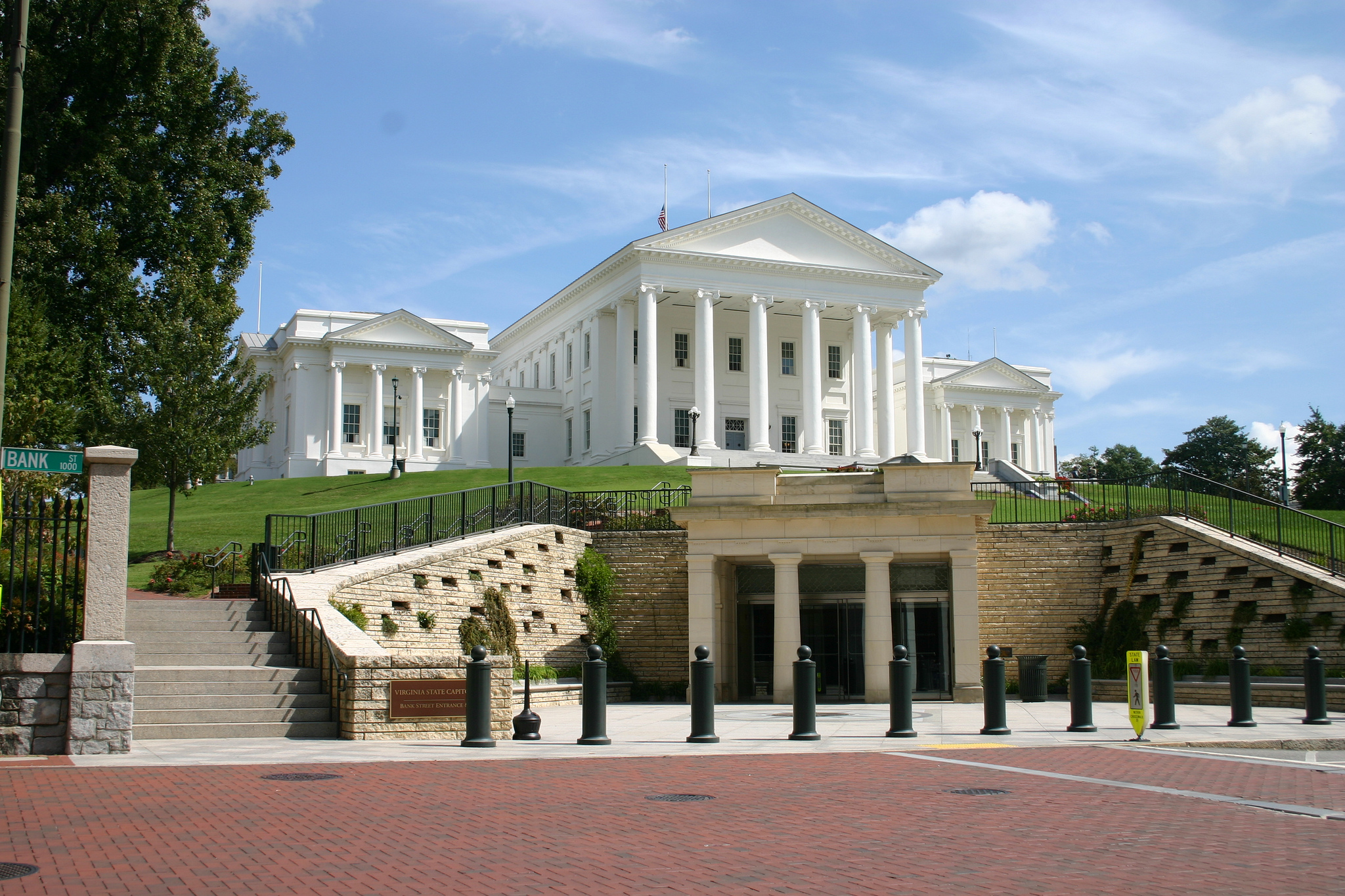 Thomas Jefferson selected as the model for Virginia's first permanent capitol the Maison Carree at Nimes in southern France, an exquisite temple which had been built by the Romans early in the Christian era. This building is the middle structure of our current capitol complex, its center rotunda area displaying the life size Houdon statue of George Washington and portrait busts of seven other Virginia-born presidents and of Lafayette, the French volunteer who fought for America and Virginia during the American Revolution. The General Assembly has met here every year up to the present (2019) excepting only 1849 when a cholera epidemic in the Tidewater led to the decision to meet elsewhere that spring. They convened on June 1 in the ballroom of the luxurious Fauquier White Sulphur Springs Hotel near Warrenton. While cholera raged downriver and while economy-minded newspaper editors fumed, the legislators had a splendid opportunity to combine business with pleasure. Two major renovations to the capitol building have taken place, one in 1904 when the east and west wings were added to house, respectively, the House of Delegates and the Senate of Virginia. The second major renovation took place from 2005 - 2007 (the General Assembly met in the adjacent Patrick Henry Building during this renovation), when the underground extension and visitors center were added, allowing for more public space and better public access to the historic building. It remains in use today (2019) in this current state, with all the conveniences of modern technology unknown to Jefferson and his contemporaries.

*The information within this interactive and searchable application has been researched extensively by the House Clerk’s Office. As with any historical records of this age and breadth, there may be discrepancies and/or inconsistencies within records obtained from a variety of credible sources. Any feedback is encouraged at history@house.virginia.gov.

These options allow users to search the contents of historical records based on various criteria for House members.